Life and Times of Alex Esguerra — A Beginner's Guide to America: For the Immigrant and the Curious 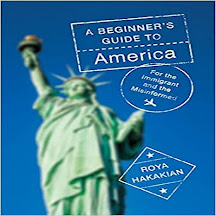