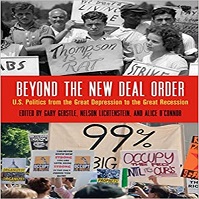 Strolling down Market St. in San Francisco at 10 am today on it's Phase 2 re-opening not really seeing a lot of changes. Aside from a Cafe with huge sign on the window they are open May 5, a dollar store, a few mini liquor convenience store, the plywood's are still on the windows from brown to black. Phase 2 allows retail for curbside pickup or delivery but one of the things unaccounted is that the city since a few months ago had banned private cars along Market and 10th /St. all the way through Union Square. It's a very common sense to understand that of course curbside and pick-up cannot happen in this regard. However, my guess is that really the consideration is that are these businesses along Market St. have the confidence to really open in the absence of a vaccine or maybe will it be even financial feasible to make money to pay for the cost of being open with limited operations.
Bank of America warned that the next three months will be "brutal" as the economy falls into a recession. It will be a very hard challenge to go to Phase 4 in this city due to it's density while at present their is a corralled tent area at the Civic center where some of the city's homeless are temporary clustered.
San Francisco  is just an example of a bustling metropolitan city that has disparities on health, income, housing etc.., So regardless how we paint the picture that everything will be back to normal as before, the effects of this pandemic recession will take along time to recover. San Franciscans should expect that some city and state services and benefits will effect life more while living in this city.
The realities we see today as a common layman doesn't need any politicizing or sugar coating  as were the ones experiencing the consequences. Feelings of confidence may have been the critical issue for the last U.S. president who was denied a second term, George H.W. Bush. A recession in late 1990 and early 1991 had long been over by Election Day, a fact the Bush team kept trying to drive home. But the downturn was worse and more persistent in some critical swing states, and its hangover (including relatively high unemployment into the second quarter of 1992) haunted the Bush campaign all year.
The on-set of finding a vaccine platform in November in time for the presidential election is a far stretch assumption as without a cure and containment of this virus will not make this economy recover. The corona virus could hurt the president, then, by making health care a defining issue in the 2020 campaign. However, that would happen only if the virus is not contained come fall. So instead of flowery statements, the key should be focused on containment and cure at all cost.
Thus then, this plywood windows will literally go down and open all business crucial to curing economic deprivation.